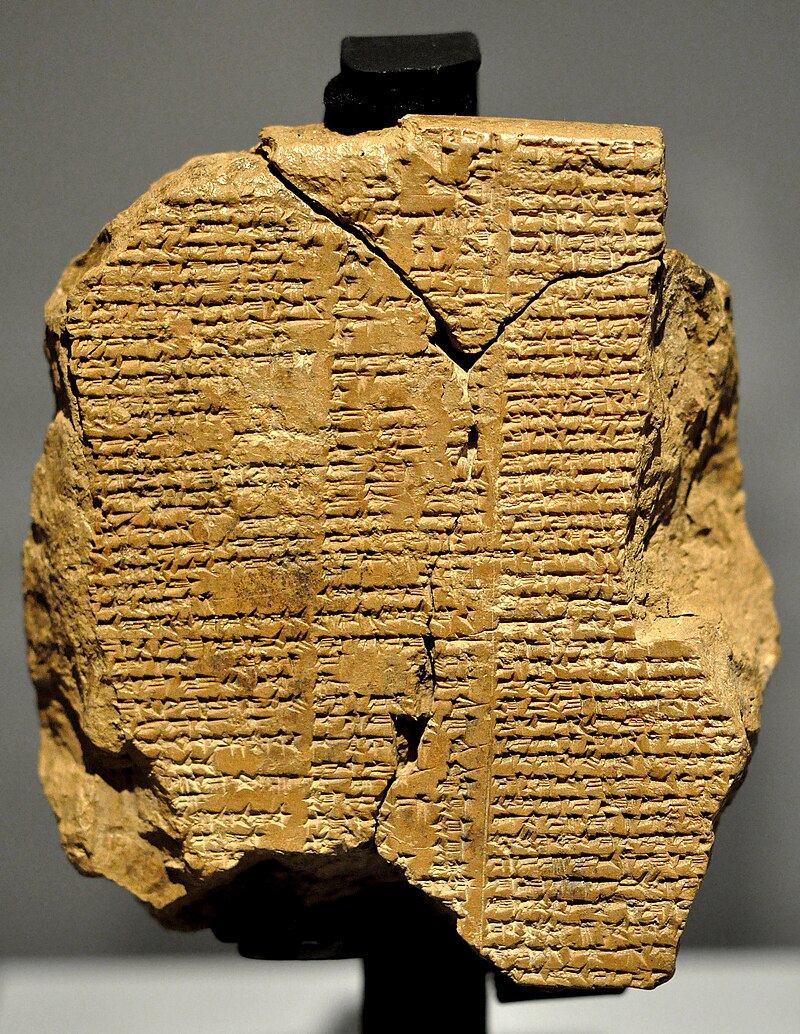 The story of Gilamesh is written in cuneiform scripts on a series of broken clay tablets found at various times scattered across what is now Turkey, Iraq and Syria and in different versions of Old Babylonian, Later Babylonian and Akkadian, some of which were inscribed over a thousand years apart going back to 2000bce. Gilgamesh was a king behaving badly who sought immortaility both in deeds and in fact. The episode with Shiduri is less well-known than others in the narrative. Who was she, and why does she brew ale in a place where there is apparently no-one to drink it? She is described as a goddess of wisdom swathed in hoods and veils. She was certainly wise in barring her door to Gilgamesh given his tendency to kill everyone who gets in his way, even those who might help him. Had she allowed him in to drink her ale she may have offered him immortality of a kind. Such goddesses offer the ale of sovereignty only to those rulers who come to them with the right credentials. That is presumably why her tavern is beyond the reach of ordinary customers. But, although Gilgamesh is a king, he has abandoned his responsibilities. After the death of his companion Enkidu he seeks immortality for himself in the search for Uta-napishti, the survivor of the Deluge (a parallel to the Biblical flood) who dwells eternally with his wife in an otherworld place apart from the humans who were re-created as mortals by the gods after the Deluge. Shiduri tells him to go back to his proper life, face up to his responisbilities and enjoy it while he can. When he eventually crosses the Waters of Death to Uta-napishti he receives the same advice (attributed differently in different versions of the story). So he returns to Uruk to live out his life. Some associated Sumerian poetry records that following his death he is assigned a role in the Netherworld as king of the shades, passing judgement on the dead, because his mother was a goddess. Like other heroes of the ancient world his partial divinity does not guarantee him immortaility, though his role in the Netherworld brings him as close to it as it is possible for him to get. Although there are different emphases in different versions, the themes of the stories encompass the advice to be content to lead a good life and the importance of commemorating the dead for this brings them relief in the Netherworld and ensures their immortality among the living.

There are many brief fragments of these stories found on broken clay tablets which offer alternative readings as well as many shaped by modern translators, adaptors and poets since the tablets began to be discovered at the end of the nineteenth century. My own brief fragment is shaped from the reconstructions and translations by Andrew George The Epic of Gilgamesh (Penguin Classics, 1999).