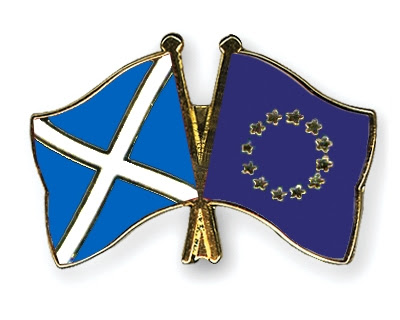 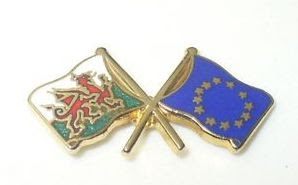 I recently came across a suggestion in a book review that we are now living in a ‘post-sovereignty world’*. The point was being made to describe the development by the Scottish National Party from what the reviewer characterises as a nationalism of ‘ethnic excess’ to one based on ‘interdependence, sovereignty-pooling and the EU’. By comparison, the reviewer suggests, the UK Independence Party is still stuck in the past and an outdated attachment to the sovereignty of the nation state. The statement certainly describes the progressive nature of nationalist politics in Scotland and Wales by comparison with England. But I wonder about that ‘post-sovereignty world’. With the rampant re-assertion of the idea of the sovereign state in America, and with growing attachment to the idea across Europe, it is worth considering what the idea of sovereignty involves.

It is essentially about the validation of power and its attendant mythology generally seeks to tell a story that justifies this. In earlier societies the ritual adoption of power was linked to religious and cultural affiliations and to the land itself rather than the institutional formulation of a state. So a leader would ‘marry’ the land in the shape of a Goddess. In an early Irish tale the ruler Conn is taken into an Otherworld dwelling to be given a drink from the Cup of Sovereignty by a woman who is referred to as ‘The Sovereignty of Ireland’ and returns to his own hall with the cup as a symbol of his right to rule. In the countries of medieval Europe that symbol became the Crown, worn by monarchs who reigned as representatives of God on Earth. Although the idea of sovereignty in the institution of the nation state is essentially secular, it retains elements of these earlier religious ideas in its developmental history and in the retention of monarchs in some states and the secular equivalent of presidents in others. The religious roots of the idea of sovereignty as delegated divine power are still alive outside of the western democracies as recent events in the Middle East graphically testify.

But if the western liberal democracies have left these religious justifications behind them, where does the justification of sovereignty come from? To some extent it is traditional and still rooted in those older ideas which retain some of their power to compel the loyalties of citizens. More recently the driving force of such states has been capitalist economics and the binding mythology has been that of ‘The Market’. But Capital, - and The Market - has driven globalisation with a logic which has left the idea of the nation state behind. The response to that has been either to see larger political and economic groupings such as the European Union as expressions of the needs of globalised capital to operate more efficiently, or to see them as necessary regulatory mechanisms to check the excesses of capital on a scale that can be effective in a way that the nation state alone cannot be. Arguably both of these views are valid.

So where does sovereignty now lie? If the answer is that it lies with Capital and its mythology is that of the global market, it is also true that this is a sovereignty that does not command the allegiance of all who participate in the societies in which it operates. The ties of sovereign loyalties are complex in such societies and, understandably, responses are confused and not always coherent. Attachments to the nation state remain as people try to hold on to tokens of belonging. But there are are also attachments to the idea of humanity as a common cause and of the Earth as a common home. These too make valid demands on our sovereign loyalties. What can we distil from this? Certainly the progressive rather than regressive nationalisms of Scotland and Wales can return us to an attachment to the land we live on, and the cultures we inhabit, without binding us to institutions that do not serve our needs. But I doubt if we can characterise this as a ‘post-sovereignty world’.

Sovereignty, and the mythology that sustains it, needs to be understood, engaged with, and imaginatively transformed if we are to take ownership of our sense of belonging both to the imagined space of our land and the wider world with which it interacts and by which it is sustained. We need the resources both to challenge the forces which command our allegiance to unacceptable powers and to develop alternative versions of sovereign allegiance to powers that are wielded on our behalf, for our common benefit and which are accountable to our common will. ‘Post Sovereignty’ describes what we are not. We need a ‘Present Sovereignty' that tells us who we are and exercises power in a way that acknowledges our responsibility for the world we inhabit and for for the life with which we share it.

*Review by Colin Kidd of of The Marches by Rory Stewart in London Review of Books 39:2 Jan 2017