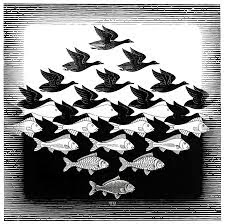 Are harmonies, mellifluous melodies and pleasing patterns of words, sounds, sense and shape inherent in the forms in which they are expressed, or arbitrary, determined by custom, cultural conditioning and education? Such questions, a variant on the ‘nurture-v-nature’ debate, are not simply matters of cultural theory but - once we start to consider them - must go to the heart of our thinking about reality and psychology. It seems obvious to those who, for instance, find Beethoven tuneful but find works by modern composers difficult to listen to, or who find rhymed and regular metric verse pleasurable to read but cannot get on with modern poets, that this is something that is just about contemporary refusal of ‘natural’ regularity or formal expression.

Such dissonances of perception have always been with us, both between new and traditional modes of expression and between different cultures. Consider this passage from Giraldus Cambrensis in the 12th century on the musical culture of the Welsh:

“...the perfection of their art appears in the concealment of it. From this cause, those very strains which afford deep and unspeakable mental delight to those who have skilfully penetrated into the mysteries of the art, fatigue rather than gratify the ears of others, who seeing, do not perceive, and hearing, do not understand; and by whom the finest music is esteemed no better than a confused and disorderly noise, and will be heard with unwillingness and disgust.”

Here we have an example that would still be true today for anyone hearing for the first time a recitation of Cerdd Dafod or trying to tune in to the rhythms of Cerdd Dant where the voice of the singer(s) is counterpointed to the harp accompaniment:

But does this mean that there is no verifiable sense in which notions such as harmony, consonance and form have any objective veracity? We want to say that there is, and even think that we can show that there is and the fact that we can notate such things tends to convince us that we are right to do so.

This piece of verse from W B Yeats:


I went out to the hazel wood,
Because a fire was in my head,
And cut and peeled a hazel wand,
And hooked a berry to a thread;
And when white moths were on the wing,
And moth-like stars were flickering out,
I dropped the berry in a stream
And caught a little silver trout.

clearly has such an identifiable pattern. Other forms such as a Welsh englyn may not appear to an English-speaker to have an easily identifiable pattern though the rules governing its construction are tightly prescribed. In a line of ‘free’ verse, where linear progression may seem to be much like that of prose, it is necessary to be aware of more subtle rhythms and patterns of emphasis.

But if all this is a matter of artifice and culture or education, learning what we might find and how we should look or listen to find it, that further step is always there one extra move away just beyond notation : that there is something out there that we perceive - or something integral to our mode of perception - that is not arbitrary, constructed or culturally determined, but in a absolute sense real. Something, or things, that are essential in Nature but which only take form in Culture.

So we insist, as in the last lines of the previous post here, that in spite of the apparent impossibility of finding words to carry meaning out of the silence, we must try

(and)
anyway
we can