The Language of Poetry and Inspiration 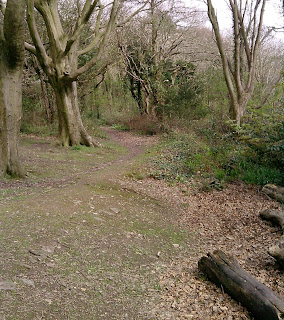 It is of facts I sing; though some may say
It’s fiction that mortals can see divine beings.
There is a god in us : he awakens us to inspiration
And an impulse to respond to his being.
To me, in particular, it is given to see the gods
Because I am a poet and because I sing of sacred things.


FASTI VI, 3-8
So the Roman poet Ovid. Poets have often claimed divine inspiration for their art, or that it is particularly suited to the expression of divinely inspired thoughts. Why should this be so? Why, that is, should language forced into a pattern that is, usually, different to natural speech, be a better vehicle for inspiration than the way of speaking we are all blessed with?

The answers to this question have been various. Emily Dickinson for, instance, suggested that indirect or elliptical expression was the only way to get close to saying what needed to be said. So her “say it slant” was a way at hinting at that which could not be said directly, offering a glimpse of a reality that can only be seen at all by avoiding the eyes from looking straight at it.

One way to come at things in this indirect way is to tell stories. Which is not necessarily poetry. But stories, like poems, don’t have to be ‘true’. The question ‘Did it really happen?’ is not one that we think it appropriate to ask of them. But Ovid’s “Some may say its fiction” when he tells us that he has spoken with a god suggests that not everyone will believe him outside of the limited context of ther story he is telling. We do, of course, need to believe fictions when we are reading or listening to a story. But we might, afterwards, say that it is not ‘reality’. By which we would mean something rather different from the ‘reality’ which Emily Dickinson seeks, elusively, to convey. Something very different from the ‘reality’ of which T. S. Eliot says we cannot bear very much.

But still, we say, outside of the story there is a familiar life that we know and recognise. Such lives come into stories, supply contexts for fictional events, whether these are reflections of ordinary life, parables, myths or narratives that take us down byeways that do not lead from any of the highways that run in our familiar world. So in spite of the fact that human beings live much of their lives in the mind, live as might be said, mythologically, many would object to Ovid’s claim that he sings of ‘facts’. Language, they might say, has to be rooted in referents to the world as it is, whatever else it is capable of.

Which, though it may not be obvious, brings us back to poetry. There have been periods when poetic diction has been far from that of ordinary speech, but these have not been the periods in which significant religious verse has been written. Poetry has much more often remained close to plain speech – or rather a highly-charged version of it – and is often all the more evocative and resonant when it does so. And yet, gestures to that deeper reality, to otherness, to the shady recesses of the grove in which Ovid sat and heard the words of a goddess, often reveal themselves in a compact phrase, a sudden change of cadence, in the words that come together to combine a certain tone, a rhythm, an image, to turn the hint at otherness into a view of somewhere or something the reality of which is undeniable.


-*-
That day I went into the grove
It was the imperceptible turn from the path
That caught me unawares,
The rustle of leaves that taught me
Of another world in the held breath
Before a footfall
That never found its footing.