The Philosopher and the Magician 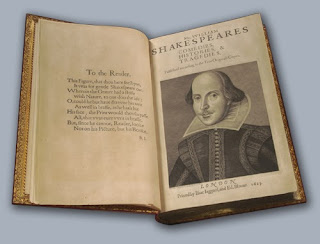 Having spent years of my life teaching Shakespeare to students who want to know what all the fuss is about, I have often referred myself to the following comment by Ludwig Wittgenstein:

“ The reason I cannot understand Shakespeare is that I want to find symmetry in all this asymmetry.”

(Culture and Value, p.86)
I say ‘referred myself’ because I could hardly have further confused the students by referring them to the quote. For them it had to be the works themselves, or the particular play we were studying, that I would take them through and make some attempt to convey the effect of all that asymmetry and the elusive appeal that has enticed generations of readers – as well as playgoers – over the centuries. In spite of my understanding - and to some extent subscribing to - the modern view that ‘the play’s the thing’ and what happens on stage is what is important, I also have a personal empathy with those like Charles Lamb who  suggested that a play like King Lear can only really achieve its full effect when played on the stage of the mind. Or Hazlitt, who said of the same play that "All that we can say must fall far short of the subject, or even what we ourselves conceive of it."

Those students, if they were being prepared for external examinations, had to be taken through the themes, figurative language, dramatic ironies, character studies etc, which would enable them to pass the examination. But even where this was completely successful, I still felt that many of them still did not ‘get’ Shakespeare. Where I was teaching for internal assessment I had more freedom to design a programme of study that got closer to what I felt was really needed. We could study imaginative reality, the intuitive rightness of Shakepeare’s presentation of fictional events grabbed from any source available, the language which was by turns rough and unsophisticated, highly poetic, deeply grounded in the soil of Britain even when the setting is elsewhere. But, to get back to Wittgenstein, he was surely right when he described the corpus of work as a dream:


“A dream is all wrong ….. and yet at the same time it is completely right ….. If Shakespeare is great, as he is said to be, then it must be possible to say of him : it’s all wrong, things aren’t like that – and at the same time it’s quite right according to a law of its own.”

(Culture and Value, p.83)
And that’s just it. He sets his own terms and performs the mystery of making it all work. Wittgenstein goes a bit further than this and justifies his ‘dream’ comment by saying that the plays “create their own language and world [which] is completely unrealistic”. But if this is a dream, it is one that we are all drawn into. Or, in the case of those that don’t ‘get’ it, not drawn into. But, like actual dreams,  it is a dream that interrogates reality rather than attempts to escape from it. Shakespeare casts a spell to which some are immune. But I would not for the world be among them. That scene at the end of The Tempest where Prospero casts his staff and his book into the waters is much more than a metaphorical farewell to the playwright’s craft. It really is a renunciation of magic.