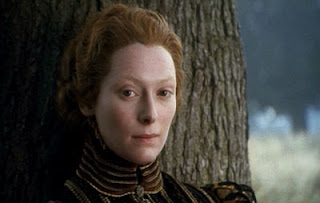 House-sitting – so away from home -  I brought with me at random a book from my shelves not read for many years. It was not in good condition. Later, after a long drive then food and wine, I was tired and took the book to bed. As I opened it the binding glue on the spine cracked. The pages had turned a rusty-brown colour around the edges. I checked the date of the printing: 1972. I must have bought this Penguin Modern Classics paperback some time not long after that date and first read it then. I managed a few pages just to re-acquaint myself with the novel before succumbing to sleep.
But this is a novel (cum veiled biography) requiring long spells of concentrated reading with time ebbing backwards. So for the next two days, after some exploratory walks on the footpaths surrounding the village, I settled down on a sofa with the amiable long-haired moggie who is a permanent resident of the house, to unravel Virginia Woolf’s long and often involved sentences – frequently re-reading whole passages – which tell the story of .
As I turned the pages many of them detached themselves from the spine of the book. It seemed appropriate for such a tale to be undoing itself as I read it. The absorbing account of ’s journey across nearly four hundred years, beginning as a boy and ending as a woman, carrying with him and her the manuscript of an evolving poem and puzzling over the relationship between life and literature, played itself out once more. The work does, of course, have a putative link with life in that it re-presents the life of Vita Sackville-West. Is it best for the reader to keep this well in the background while reading? I think so. The life of literature is best not confused with unimagined fact.
About half way through, at the point where it is revealed that the archduchess is an archduke, I abandoned literature for life and went to the pub. Here was reality enough. The beer was good. The food was OK. Above the general buzz of noise one nearby very loud and raucous voice entertained the rest of the table and far beyond with largely inane but occasionally offensive banter. That’s life! A couple sat at the next table, one of the pair had doused herself in some sickly-sweet essence of drain-cleaner which permeated the air all around her. My appetite receded. So much for life.
Returning the next day to literature I took apart the rest of the book. Consider the condition of Orlando's own manuscript:

“She had carried this about with her for many years now, and in such hazardous circumstances, that many of the pages were stained, some were torn, while the straits she had been in for writing-paper when with the gipsies had forced her to over-score the margins and cross the lines till the manuscript looked like a piece of darning most conscientiously carried out. She turned back to the first page and read the date, 1586, written in her own boyish hand. She had been working at it for close on three hundred years now. It was time to make an end.”

I made an end. Her world is gone. I no longer have possession of it except in pieces. Should I abandon that paperback? Or keep it tied in a bundle as a counterpart to Orlando's own manuscript?

At the end she decides, Prospero-like, to bury her book. But the "secret transaction" between poetry and nature diverts her:


"So she let her book lie unburied and dishevelled on the ground, and watched the vast view, varied like an ocean floor this evening with the sun lightening it and the shadows darkening it."

The book remains in the world even when out of it.