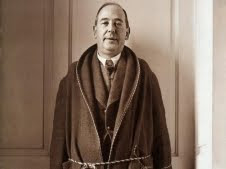 “the spontaneous appeal of the Christian story is so much less to me than that of Paganism”. (§)

So wrote C.S. Lewis in a letter to Arthur Greeves in November 1931. Lewis, of course, went on to become not, as his fellow Inkling J.R.R. Tolkien desired a convert to Catholicism, but a proselytising member of the Anglican Church. The sense of ‘story’, of what may be called the mythological background to religion, can be distinguished from the aspiration for religious experience or the experience of deity, which may result from direct personal revelation. Lewis’s attitude to liturgical practice, if not averse in this way, was also less than enthusiastic. He remarked that the form of religious worship is not in itself as important as the need to know what it is: “Our business as laymen is to take what we are given and make the best of it. And I think we should find this a great deal easier if what we were given was always and everywhere the same.”(‡)

It seems that he never lost the sense of the vibrancy of pagan stories and so, in his writings on Christianity, laid the stress on religious experience: “The perfect church service would be one we were almost unaware of; our attention would have been on God.” (‡)  He might as well, one would have thought, have done without liturgical accessories altogether and become a Quaker! Except that he was also propelled by other social contexts to make his conversion from atheism one that gave him a role to play in the public religious life represented by the Anglican Church. At the same time, the lack of attractive story (he found the Gospels uninspiring) was remedied by his own creative work. His early science fiction and the later Chronicles of Narnia (of which Tolkien disapproved), if not quite Christian allegories, nevertheless allowed him to create congenial narratives in which the moral precepts of the Church could be embodied.

I share Lewis’s sense of preferring the narratives of paganism. But when it comes to the competing claims of private revelation and public religious life, the issues become more complex. Lewis never thought religion could be a completely private matter. For him the Church was a Body and each of its members organs of that body, differently composed but contributing in their own special way to the whole. He distinguished this from the secular distinction between the individual and the collective, seeing the erosion of the value of solitary experience in modern life as something to be regretted: “We live in a world starved for solitude, silence, and privacy: and therefore starved for meditation and true friendship.” (¶) But he saw this as proceeding alongside a process of defining religion as a ‘private matter’ and therefore unimportant in a world in which only public experience is valued.

Lewis thought of himself as an individual member of a body performing a particular role in mediating the stories that body told itself. Such defining narratives are ways in which the body makes sense of itself to itself. In refusing Christianity’s story, Lewis might be seen to be adding to the breadth and range of available versions of that story, or he might be seen as part of a modern process of re-integrating some aspects of paganism into a body that in many senses has become increasingly disconnected from its defining story. Then he would have to be seen, I suspect from his own point of view unwillingly, as an agent in the process of redefinition.

Stories do matter. They are fuel for the imagination. No experience is culture-free, even experience of the ineffable although it might be in its nature to appear so. It is pretty fundamental, at least for the monotheistic faiths, that their foundational stories are part of their bedrock. To take a position of embracing a faith, and to proclaim an ambivalence about its story together with an indifference to the precise nature of its forms of worship is something that only an intellectual like Lewis could do consciously, though doing it unconsciously may not be uncommon. I think that we need to be true to the stories that inspire us, and to take that inspiration as given when it comes to our spiritual life. Forms of observance are a different matter. They change as societies change and, in our own time, are differentiated across many denominations adhering to a common story. But if the story changes, that’s fundamental. You’ve not just changed your clothes, you’ve changed your wardrobe.

(§) = quoted in :The Inklings  Humphrey Carpenter