The Centre and the Periphery 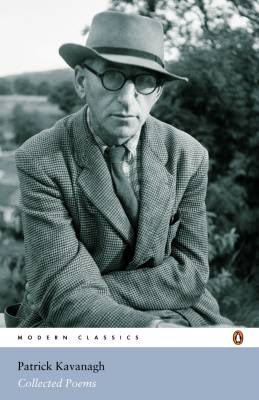 The Irish poet Patrick Kavanagh is said to have had a revelation one day in his native County Monaghan in Ireland when he realised that where he was, as remote from the ‘world’ as it seemed, was as much the centre of things as anywhere else. This led to the following poem:

I have lived in important places, times
When great events were decided, who owned
That half a rood of rock, a no-man's land
Surrounded by our pitchfork-armed claims.
I heard the Duffys shouting "Damn your soul!"
And old McCabe stripped to the waist, seen
Step the plot defying blue cast-steel –
"Here is the march along these iron stones."
That was the year of the Munich bother. Which
Was more important? I inclined
To lose my faith in Ballyrush and Gortin
Till Homer's ghost came whispering to my mind.
He said: I made the Iliad from such
A localrow. Gods make their own importance.

If, indeed, ‘gods make their own importance’ we may ask where the centre is and where the periphery? The pastoral convention of retreat from a corrupt, too busy or inward-looking centre, however much it values the place of retreat, nevertheless implicitly recognises the centre as the focus of attention and often carries many of the values and sophistication of the centre away with it. Kavanagh’s title of ‘Epic’ here therefore does more than refer to Homer’s Iliad; it make the claim for the peripheral place itself as centre, a locus of epic grandeur. This is presumably one reason why the sonnet form was chosen to formalise the statement in an ordered way.

Kavanagh was critical of many of the gestures of the Irish literary revival which sentimentalised a Gaelic-speaking peasantry in the far west, reinforcing the pastoral conventions of the marginalised place. He asserted that Synge’s portraits of the inhabitants of the Aran Islands “provided Irish Protestants who are worried about being ‘Irish’ with an artificial country.” His focus is, rather, on the reality of living in a ‘centre’ which is economically and spiritually impoverished. He saw neither the idealised Ireland of the Revival nor the Catholic Church as it was constituted as being able to supply a spiritual direction. What about a post-Revival poet? The closing stanza of ‘Shancoduff’ bears witness to his own sense of his place in the landcape:

The sleety winds fondle the rushy beards of Shancoduff
While the cattle-drovers sheltering in the Featherna Bush
Look up and say: "Who owns them hungry hills
That the water-hen and snipe must have forsaken?
A poet? Then by heavens he must be poor."
I hear, and is my heart not badly shaken?

So can this centre hold? Only, it seems, by redefining what is important. From the pained social conscience of his long poem ‘The Great Hunger’ and subsequently in ‘Lough Derg’ Kavanagh turns inward, stating in later life that “What seems of public importance is never of any importance ….. the things that matter are casual, insignificant little things”. This was the insight of ‘Epic’and it also supplied a renewed faith that his enclosed space was also his everywhere:

They laughed at one I loved -
The triangular hill that hung
Under the Big Forth. They said
That I was bounded by the whitethorn hedges
Of the little farm and did not know the world.
But I knew that love's doorway to life
Is the same doorway everywhere.

Ashamed of what I loved
I flung her from me and called her a ditch
Although she was smiling at me with violets.

But now I am back in her briary arms;
The dew of an Indian Summer morning lies
On bleached potato-stalks -
What age am I?

I do not know what age I am,
I am no mortal age;
I know nothing of women,
Nothing of cities,
I cannot die
Unless I walk outside these whitethorn hedges.