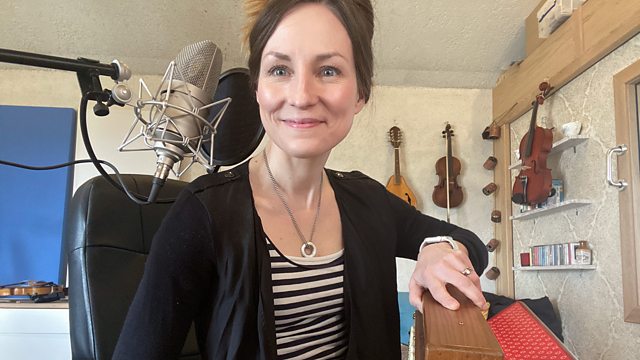 Julie Fowlis, singing in Gaelic and speaking of birds, seals and the Otherworld

Hanging like a harp it heralds
the spring secretly in shade,
in wisdom awaiting warmer days
when the Song of Songs is sung
in the garden and Summer is made.

Theirs was ancestral knowledge
passed on through generations
of the faery kin, but they knew,
each one, the herbs that grew
in the soil of their land,
their qualities and how to blend
with mortar and pestle, potions,
ointments, salves and aromatics
to lift the spirits of the sick,
bring them back to health again.

Knowledge they had, but then
something deeper: a touch, an intuition
about leaves, seeds, roots and berries,
how to handle and apply them;
a gift from their ancestral mother
who came and went between
our world and beneath the waters
of the lake in the mortar of rock
and the layered peat seething
a philtre to charm the quickening rivers.

The legend of the man who married an otherworld wife from beneath the lake known as Llyn y Fan Fach can be read in the version related by John Rhŷs HERE. Although she returned to her own world she left a heritage of herbal knowledge and medical skill to her children and their descendants who were known as The Physicians of Myddfai.

The lake is surrounded by blanket peat and rocky outcrops. A nearby lake known as Llyn y Fan Fawr is the source of the River Tawe, and many other rivers have their source streams in this area, some of them falling to lower ground in the area above Cwm Nedd known as Waterfall Country.  Also nearby is a stone circle known as Cerrig Duon, a standing stone known as Maen Mawr, and the remnants of an avenue of stones that is presumed to have run between them. The site is described as a ‘ritual complex’ by archaeologists✳︎. The open landscape of this part of the Brecon Beacons has an ageless feel to it. Sitting by the lake watching the glitter of sunlight on its rippling surface it is easy to envisage another world beneath it, something deeper beneath the peat which has been laid down over millennia across these hills.

Day & Night in the Garden

We get many birds on our feeders during the day, including this woodpecker 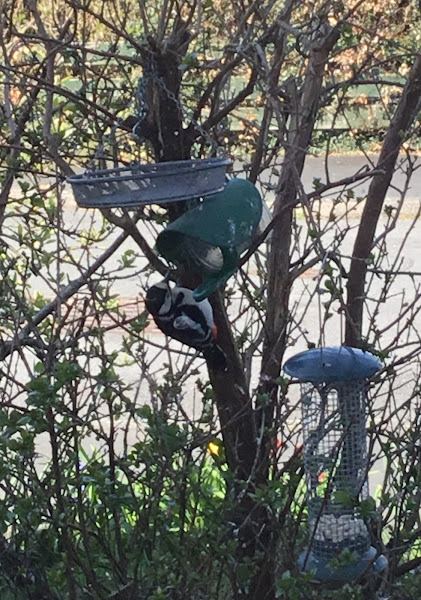 And at night this hedgehog 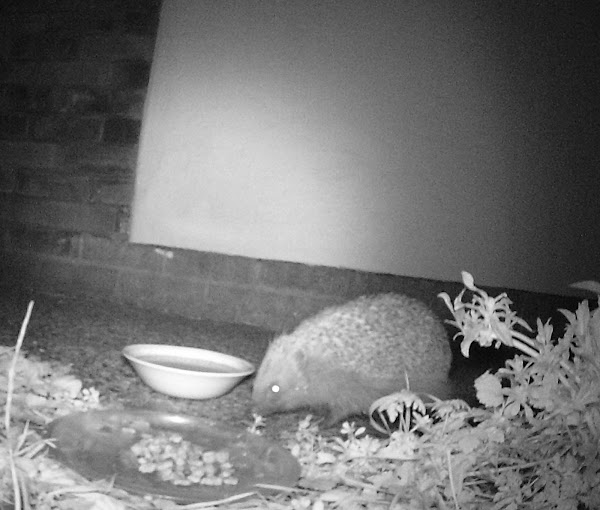